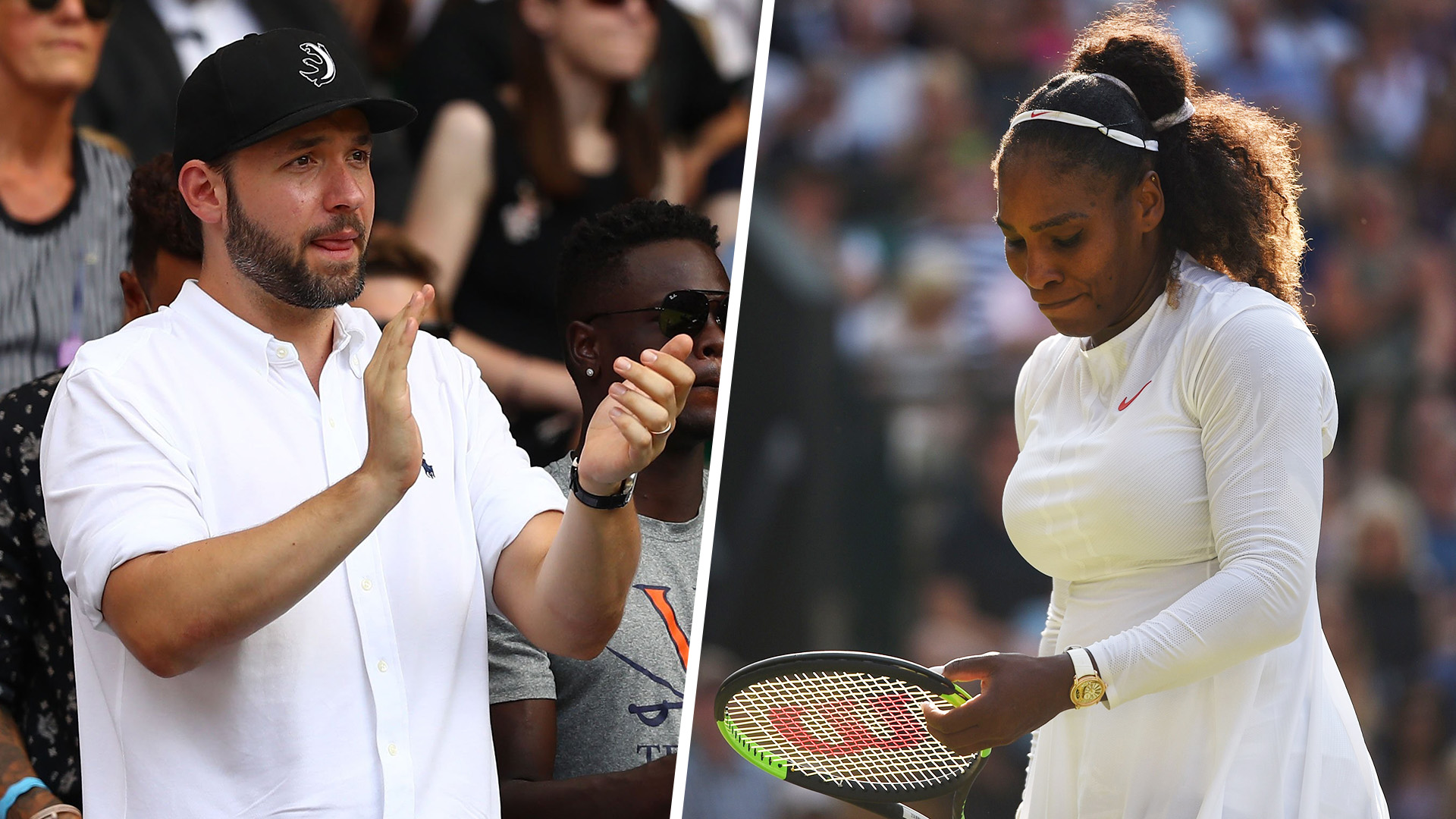 On Sunday, Ohanian responded to Deborah Barros, a candidate for Alabama State Senate, who tweeted about the criticism Williams got after responding emotionally to an umpire’s calls against her at the U.S. Open last month, compared to Supreme Court Justice Brett Kavanaugh’s recent fiery testimony before the Senate Judiciary Committee on Sept. 27.

“Funny how a black female tennis player is held to a higher standard to keep her emotions in check than a Supreme Court nominee,” Barros wrote, to which Ohanian responded, “It’s not funny, it’s bulls**t.”

“Beta Brett:⁰+ Played the “father card” + Cried & screamed + Insulted everyone’s intelligence with lies about the definitions of phrases anyone with Google could debunk + Argued hysterically with sitting Senators, even going so far as to threaten them,” he continued.

Ohanian also brought up the controversial cartoon of Williams published by The Herald Sun shortly after she lost the U.S. Open — which many have deemed racist — once again calling out editor Damon Johnston.

“If you’re going to be a Supreme Court Justice — a job that requires maintaining sober judgement — it shouldn’t matter what questions you have to answer in your job interview, you keep it together,” the Reddit co-founder tweeted. “I look forward to the cartoon @damonheraldsun puts on the front page about it.”

On Saturday, the Senate confirmed Kavanaugh as the Supreme Court’s ninth justice in a 50-48 vote. The confirmation came after Dr. Christine Blasey Ford accused Kavanaugh of sexual and physical assault stemming from an alleged incident in the 1980s during their high school years. Kavanaugh has denied the accusations.

Meanwhile, in September, Williams lost the U.S. Open to Japan’s Naomi Osaka, but the game was interrupted by several issues between the tennis superstar and tournament officials, as umpire Carlos Ramos handed Williams three penalties throughout the match. After the game, Williams shed tears as she talked about the penalties being sexist, and she was later fined $17,000 for the violations — $4,000 for a coaching violation, $3,000 for slamming her racket and $10,000 for “verbal abuse.”

But one thing we know is Ohanian always has Williams’ back. Watch the video below to see his intense faces while cheering his wife on at Wimbledon in July.