If you’ve ever flipped through your local channels on a Sunday morning, you’ve probably stumbled upon a religious service or two. These aren’t your typical small town church experiences, these are part of a bigger business. Evangelizing can rake in some big bucks if you are engaging, communicative, and thoughtful. Here are the top earners in the field of preaching. 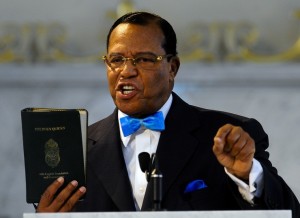 Originally from Bronx, New York, Farrakhan emerged on the scene as the leader of the Nation of Islam movement. Aiming to restore the name Nation of Islam for the NOI in 1981, he would continue to regain most of their properties that were lost after initially being disbanded by Elijah Muhammad’s son, Warith Deen Muhammad. He spearheaded the famous Million Man March in Washington D.C. which called for black people to renew their vows to their communities and families. He has published three popular books regarding blacks in America, and has amassed a pretty nice net worth in the process. 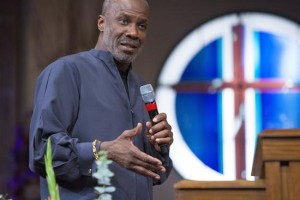 Since earning his Ph.D from the International Circle of Faith, Bishop Noel Jones has been a resident pastor at multiple churches. In the mid-90’s, he became the pastor of the Greater Bethany Community Church in Los Angeles, and things changed dramatically. When he first took over the position, they only had 1,000 members. Less than a decade later, the size had grown to nearly 17,000, making Jones a sought after voice for Christians all over the states. His net worth is largely because of his role on the reality TV series Preachers of L.A.

The pastor of one of Georgia’s most mega megachurches, Bishop Eddie Long has been in the business since 1987. While he’s published a number of books and remains held in high esteem by some, Long has also been demonized for suspect behavior over the past decade.

He has been accused of accepting over $3 million in compensation from his “non-profit” charity, which drew enormous scrutiny when Long refused to disclose his salary to investigators. In 2010, he was sued by multiple men claiming sexual misconduct, and was later featured on an episode of Sex Scandals in Religion.

After a tumultuous upbringing in which her father committed suicide and her mother was an alcoholic, Paula beat the odds and became a wealthy, respectable religious personality. She first became a follower of Christ in the 80s, before starting her own church with ex-husband Randy White.

She would later become the senior pastor of Without Walls Central Church in Lakeland, Florida before leaving for the same position at New Destiny Christian Center in Apopka, Florida. She has either written or co-written 10 books so enormous success. In 2015, Paula married Journey keyboardist/guitarist Jonathan Cain.

Hagee’s income is comprised not only of his work as a pastor at a megachurch in San Antonio, Texas, but he is also the CEO of non-profit Global Evangelism Television. He is also the President and CEO of John Hagee Ministries, telecasting ministries to more than 150 million households. Although certain comments have been labeled anti-Semitic, Hagee has been awarded a Humanitarian of the Year award by the San Antonio B’nai B’rith Council for his stated support of Israel.

Meyer had been born-again at age nine, but her unhappiness following a failed marriage drew her closer to the Lord. Meyer’s second husband Dave Meyer, convinced her to start a television ministry which aired on WGN-TV and BET. In 2002, Hachette Book Group paid her over $10 million for the rights to her backlist catalog of independently released books.

Not only is Bynum a prolific televangelist and author, but she also dabbles in the arts, both as a gospel singer and actress. She is the CEO of her own company, Juanita Bynum Enterprises, which specializes in lifestyle and empowerment products. She began her career in the early 90’s, speaking at multiple large scale conferences throughout the United States. She is a New York Times bestselling author.

One of the most world renowned on our list, T.D. Jakes presides as bishop of The Potter’s House in Dallas, Texas. The non-denominational megachurch includes 30,000 members, with services broadcast on multiple television networks. He has received 13 honorary degrees and doctorates for his work, as well as a Grammy nomination for the gospel album “Live at the Potter’s House.”

Founder of the nation’s 8th largest church, Saddleback Church in Lake Forest, California, Warren has emerged as a member of the “new breed” of evangelists. These religious leaders tend to be more moderate in their views on social issues, and have managed to connect to traditional and more moderate followers alike. Warren was involved in the 2008 presidential election when he hosted a Civil Forum on The Presidency between candidates John McCain and Barack Obama, held at his church.

The 97 year old evangelist has been a household name since 1949, connecting with a wide array of middle American households. In the 1960’s, he became viewed as a social crusader for integration, showing up at rallies alongside Martin Luther King Jr. and even bailing him out of jail. He has written over 30 books, selling millions of copies worldwide.

Dollar’s last name is quite apt given his bank account. However, the accumulation of his riches have been the subject of harsh scrutiny. He was investigated by the Senate Finance Committee for using non-profit funds to line his own pockets, as it was revealed that he owned two Rolls-Royces, a private jet, and multi-million dollar homes. Dollar failed to hand over any financial specifics, citing religious privacy. He then attempted a fundraising campaign to afford a new Gulfstream III jet, which drew lots of criticism. He subsequently dropped the campaign.

Osteen comes from a legacy of successful pastors, his father having founded Lakewood Church in Houston, Texas. Since 1982, Joel has been actively televising sermons, initially of his father’s work. His services air throughout the world each week for millions of dedicated viewers. Among them are John McCain and Nancy Pelosi. 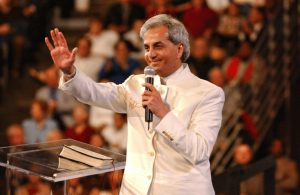 This Israeli televangelist is famous for his faith healing summits that are typically held in stadiums, and broadcast worldwide. Hinn has claimed to hold an anointed power by God, allowing him to carry out supernatural acts on his attendees. He has taken credit for healing individuals of deafness, blindness, AIDS, and cancer. These claims have been called into question.

The Southern Baptist minister serves as CEO of Regent University and as chairman of the Christian Broadcasting Network. His programming is viewed in nearly 200 countries and broadcast in 71 languages. In the 1988 presidential election, Robertson attempted to run as a Republican candidate but was unable to gain the party nomination. But while he is often perceived to be a hard line conservative, he is moderate on environmental issues and supports the legalization of marijuana

At nearly $1 billion, Copeland is by far the wealthiest pastor on our list. He amassed the majority of it through advertising a prosperity message and producing TV shows, CDs, and DVDs. Copeland has also been the subject of scrutiny for his lavish lifestyle and allowance of his ministries’ facilities to be used for political fundraising. In 2008, the Huckabee campaign paid for use of Kenneth Copeland’s Ministries for a fundraiser.

Unbeknownst to many, Copeland was also a recording artist who charted a Top 40 hit (“Pledge of Love”) back in 1957.

4 Comments on 15 American Pastors worth Millions, Who’s The Wealthiest?