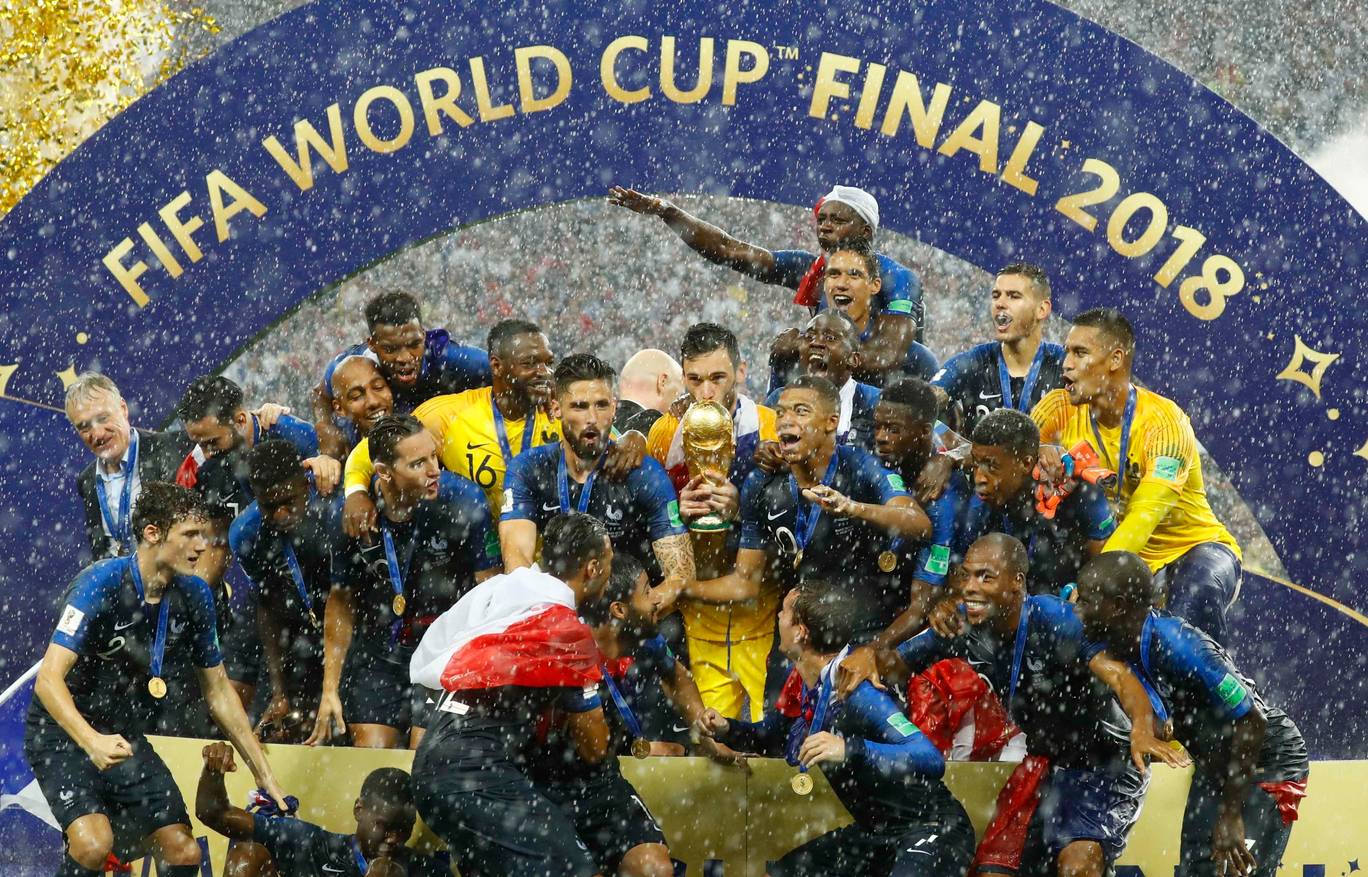 The French national team was crowned world champions after defeating an underdog Croatian team 4-2 in the World Cup final in Moscow on Sunday, capturing its second World Cup title and its first since it hosted the 1998 tournament 20 years ago. Les Bleus manager Didier Deschamps was the captain in 1998 when his team shocked Brazil in Paris, and on Sunday he became the third to ever win the World Cup as a player and coach.

Overall, the World Cup was very successful and has been seen as a triumph for Russia. There was a lot of revenue brought in by the cup for Russia, the teams and betting companies. Fans who won money through betting and fantasy soccer (see this site for more information on fantasy soccer) also went home happy! The final saw a sold-out stadium celebrate the amazing final match with the bookies favorites France winning.

In a match that featured anything you could have ever imagined, an own goal, a goalkeeper gaffe, pitch invaders and a teenager wunderkind finding the back of the net, France rolled to a convincing 4-1 lead and managed to hold on to earn its second star.

A penalty-kick goal from Antoine Griezmann and goals from Paul Pogba and Kylian Mbappe were enough to lift one of the pre-tournament favorites to the title, capping off a magnificent run in the group stage and the knockout stage that featured wins over Australia, Peru, Argentina, Uruguay and Belgium. Here’s everything you need to know about Sunday’s wild final. 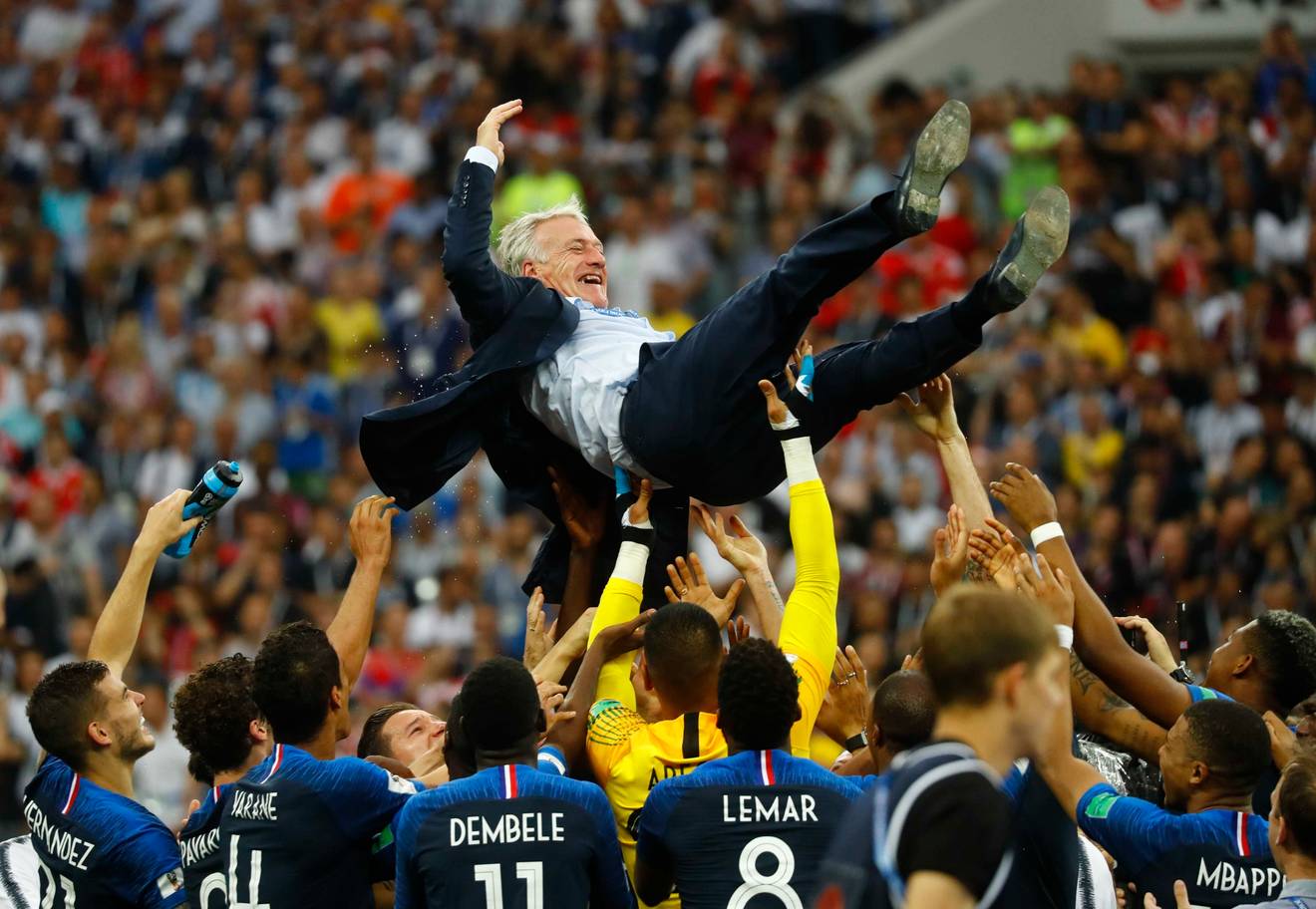 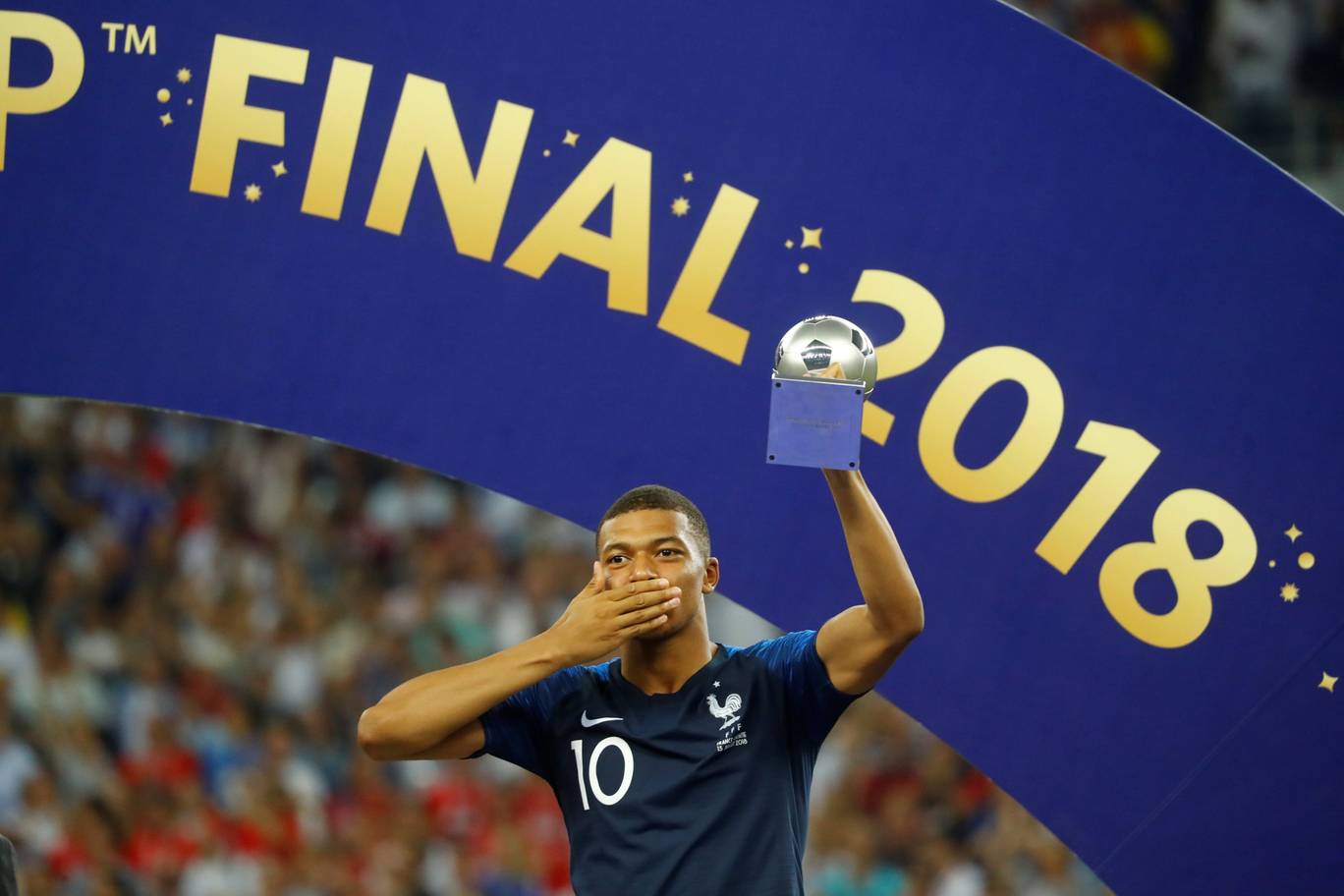 First own goal in a World Cup final

It didn’t take too long for this one to get going. Despite Croatia playing better in the first half, a mistake gifted the lead to France. Mandzukic headed the ball into his own goal 18 minutes in on a set piece to make it 1-0. Mandzukic became the first player to score an own goal in the World Cup final. For those counting at home, there have been 20 World Cup finals before Sunday’s match. 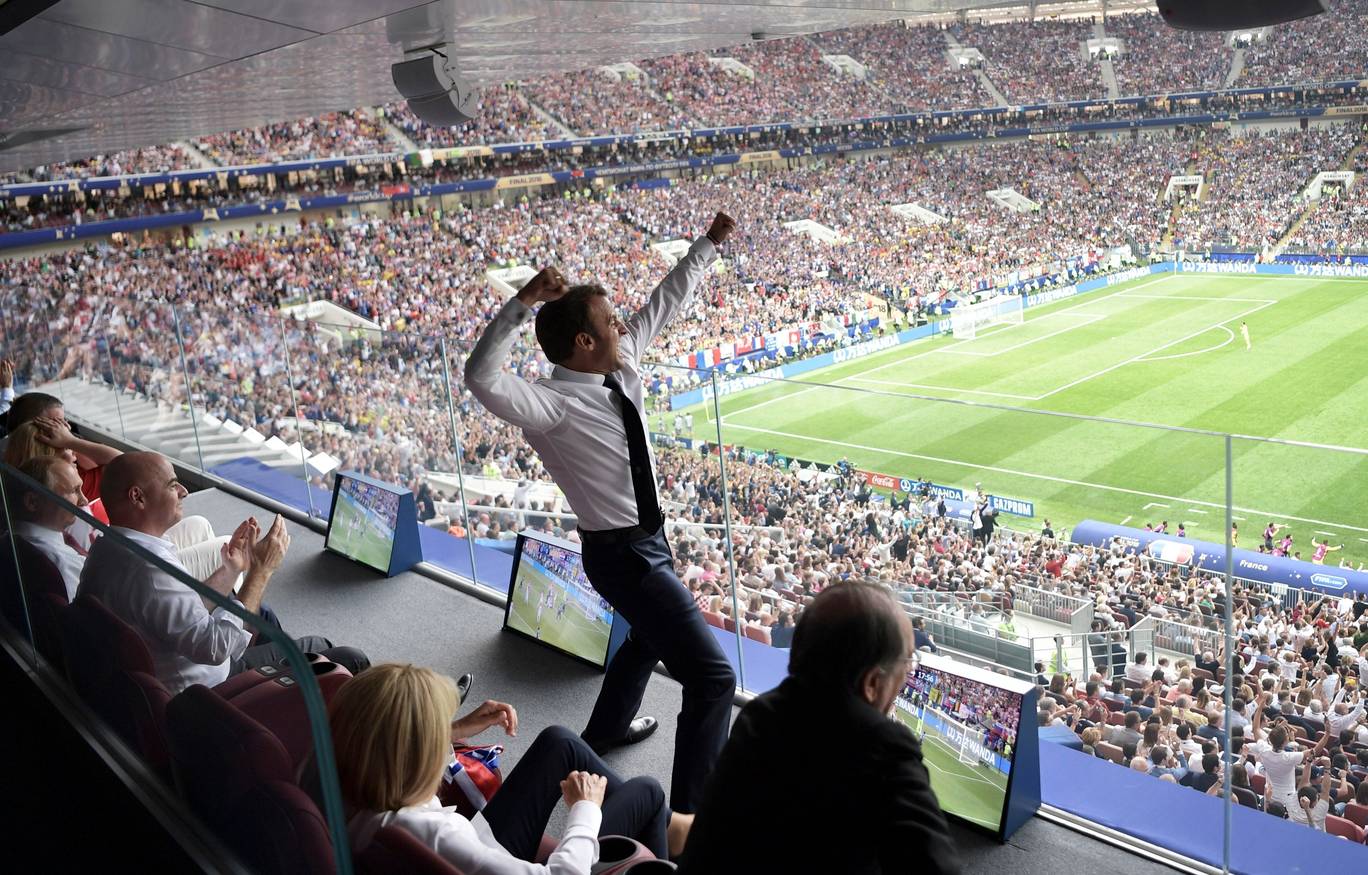 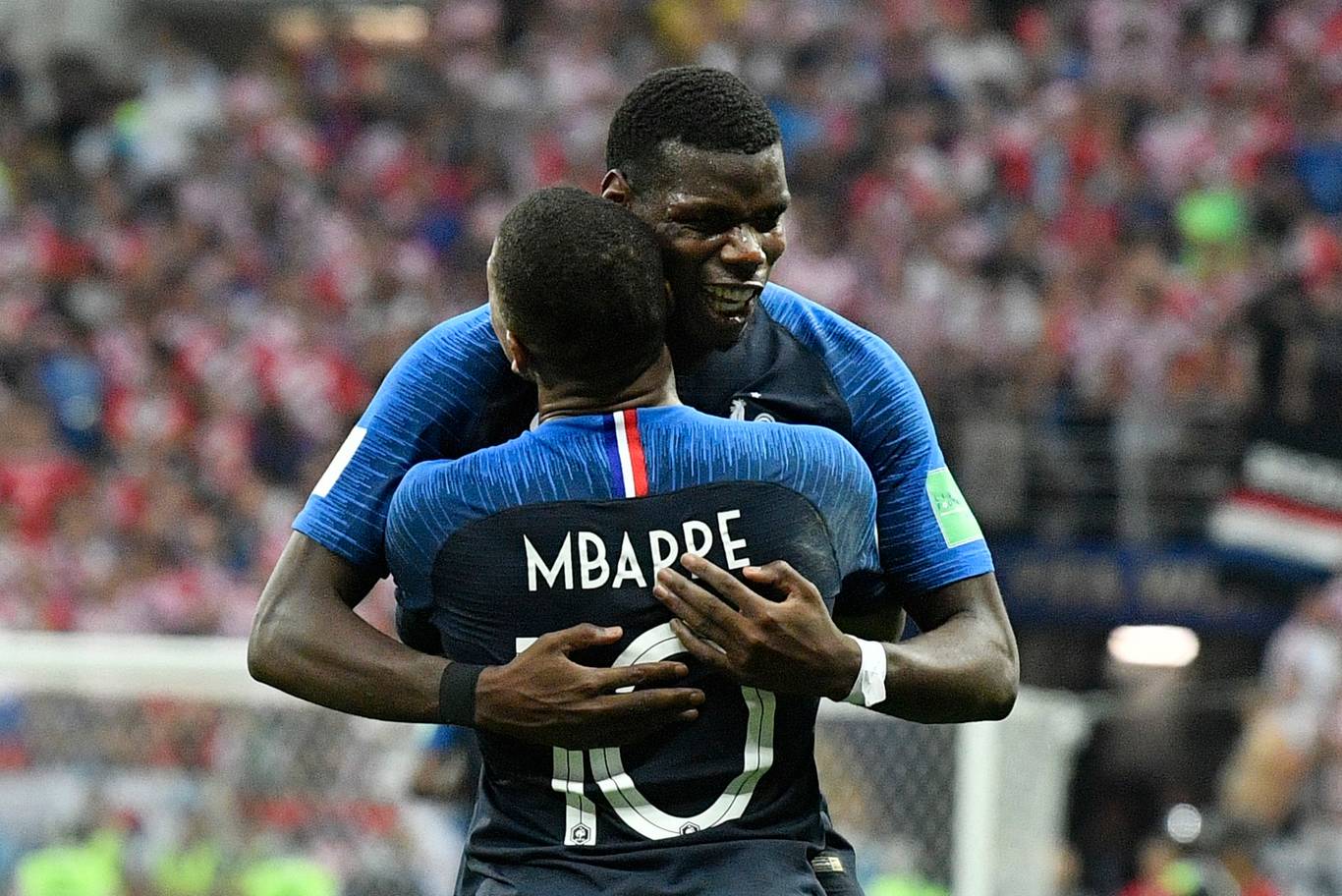 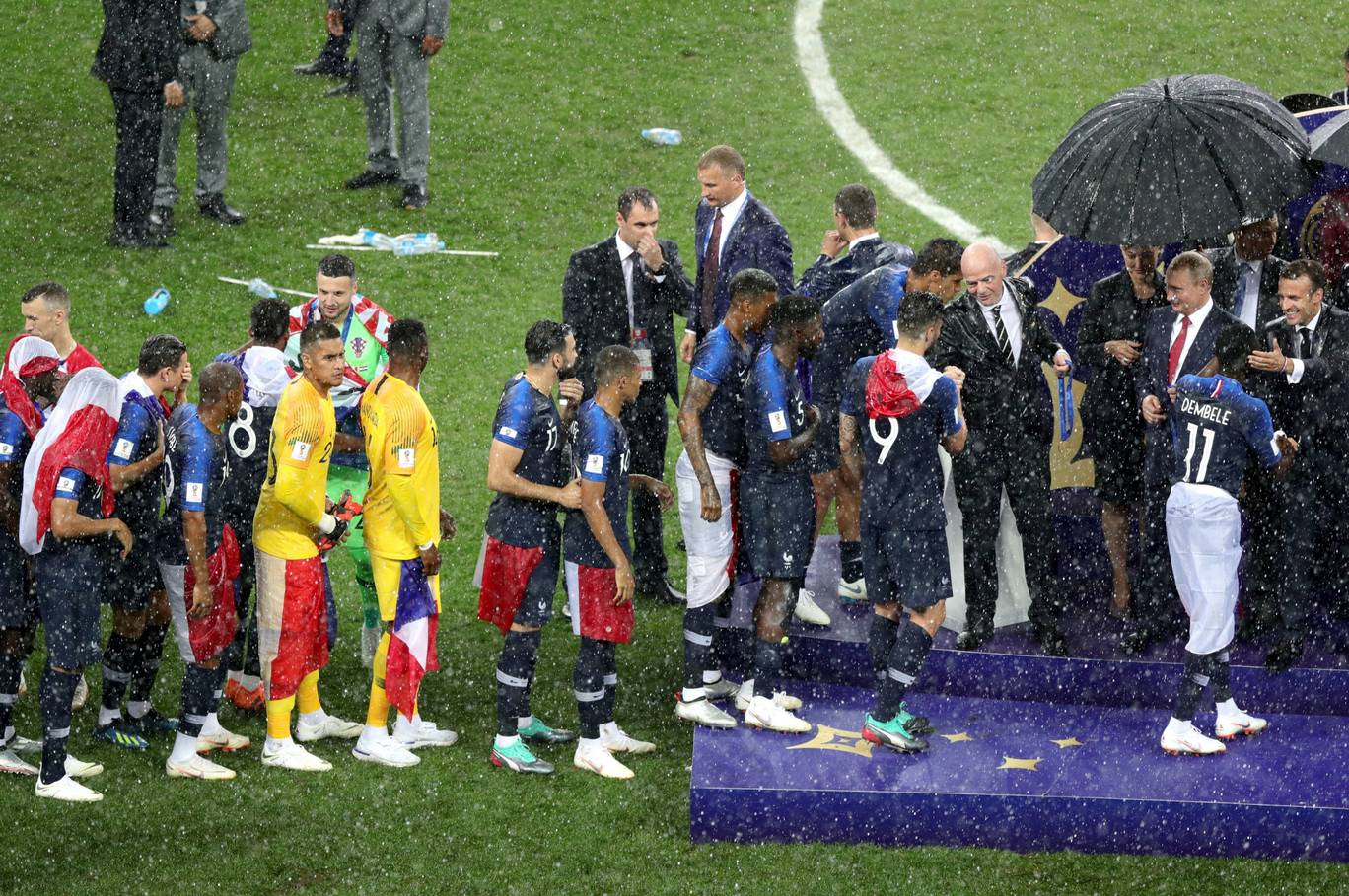 One of the best goals of the tourney

Just 10 minutes later, Croatia knotted things up off a lovely set piece that ended with Ivan Perisic’s rocket golazo. It’s probably one of the best goals you’ll have seen this tournament, and it’s significant because it happened in the most important game these players have ever played. 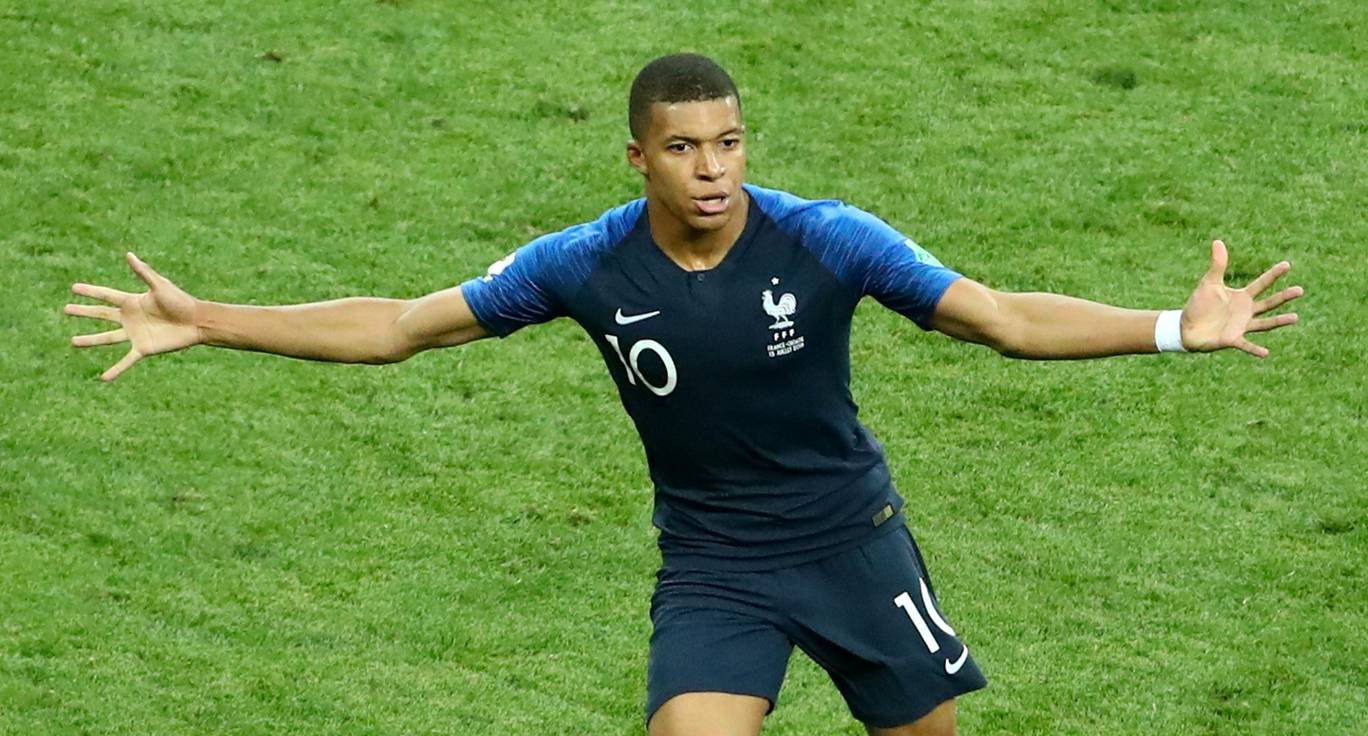 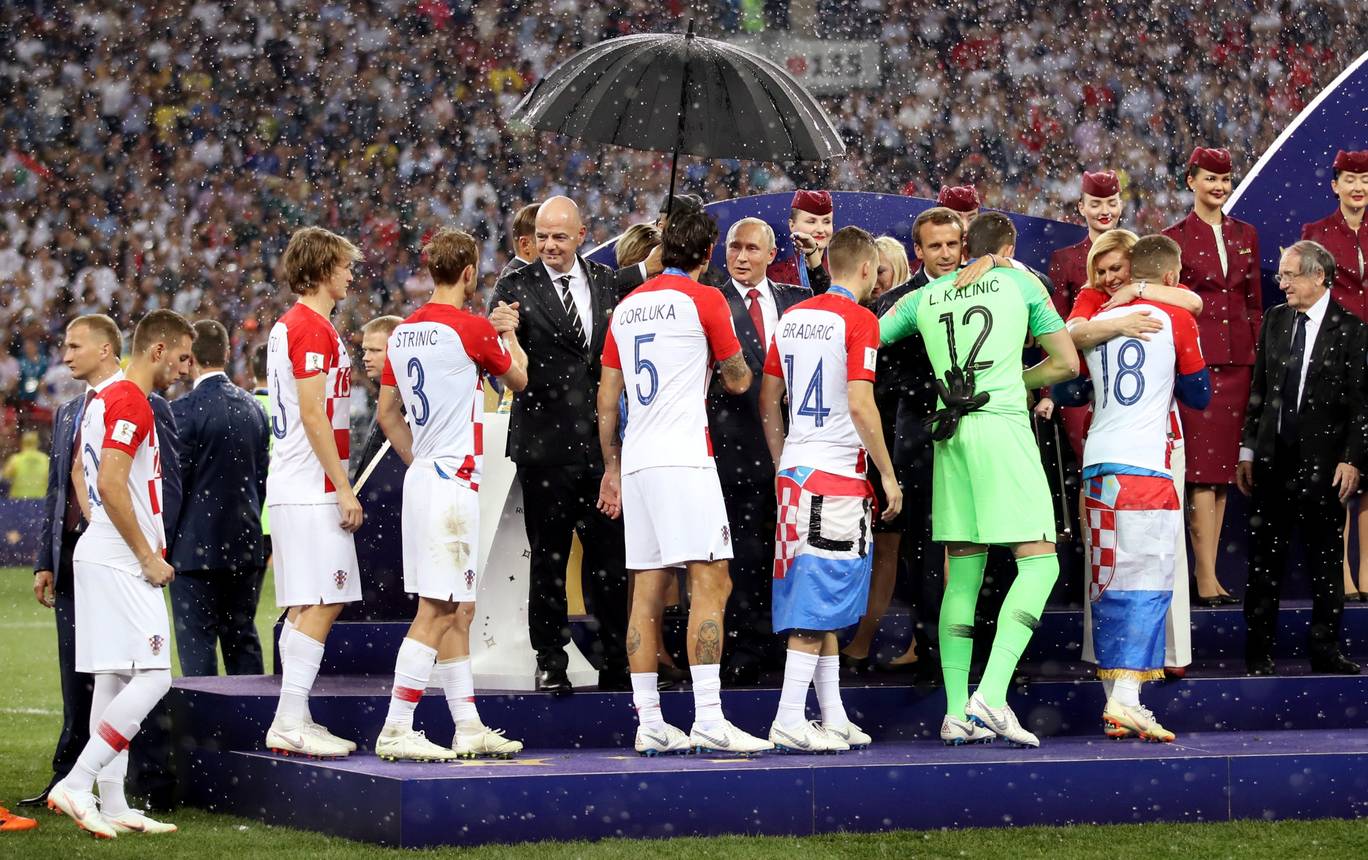 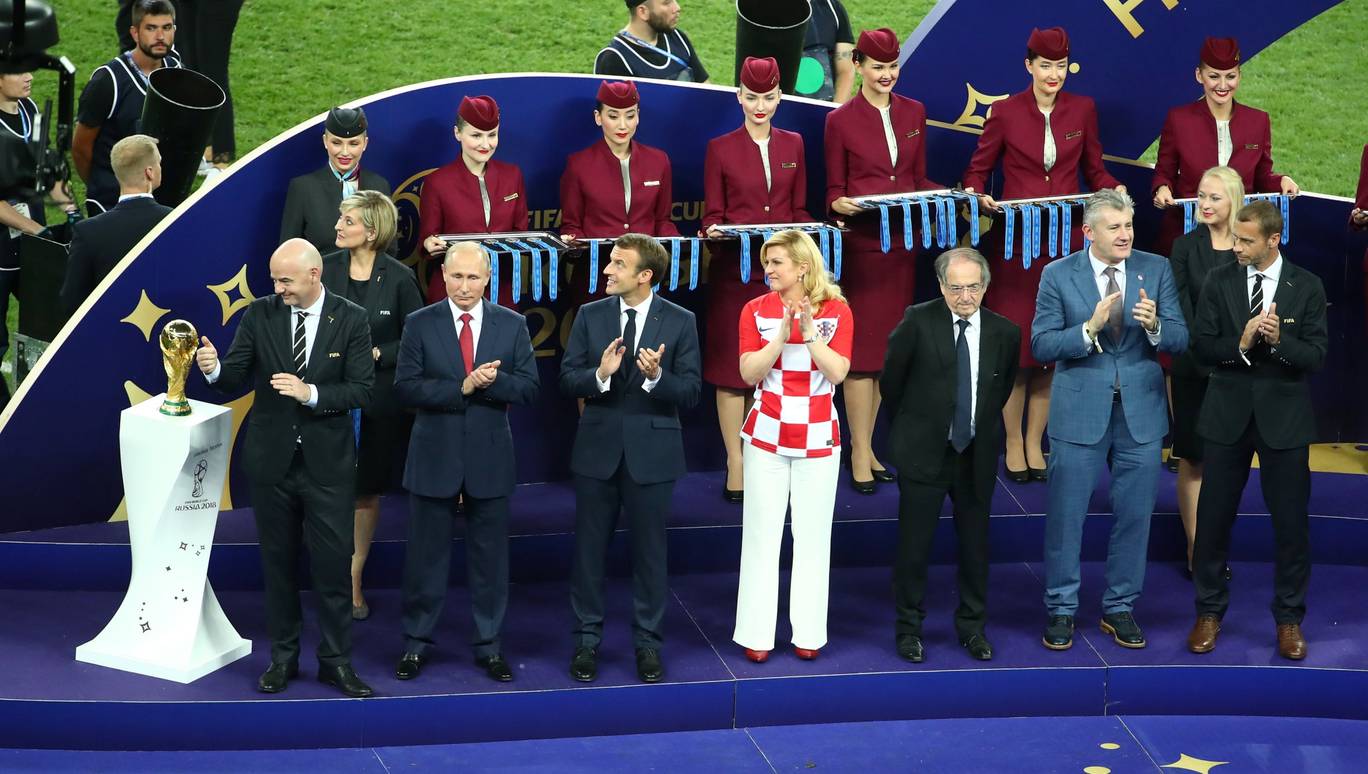 Griezmann scored from the penalty spot, which meant he did his signature Fortnite dance celebration, as seen in the popular video game. The “taking the L” dance has been a celebration of Griezmann’s for a few months, debuting it with Atletico Madrid during the La Liga season.

The 25-year-old star midfielder made it 3-1 with this fine finish inside the box 59 minutes in:

Croatia, trailing every knockout stage match this Cup, had to do something to try and comeback but it couldn’t find the creativity in the final third. Instead, Mbappe ended it. The young Paris Saint-Germain star made it 4-1 with this stunning hit atop the box 65 minutes in.

Mbappe became the first teenager to score in a final since Pele. No big deal at all. He is the second youngest player to score in a World Cup final at 19 years and 207 days.

Croatia was able to get one back from Mandzukic on an error by Hugo Lloris. Mandzukic capitalized on the gaffe and became just the second player in World Cup history to score a goal for his team and an own goal in a single game. The other? Ernie Brandts for the Netherlands against Italy in 1978.

Deschamps third to win as player and manager

As if that wasn’t enough, there was a pitch invasion during second half of the match. Approximately four spectators invaded the field before security did its best to stop them. As always, it’s a huge concern when you think of the safety of those involved but it was quickly handled and play continued. More on that here.

France became the sixth country to win at least two World Cups, joining Brazil, Germany, Italy, Argentina and Uruguay. Just eight teams have won the cup in its history, with Spain and England each having one.

France became the first team to score four goals in the final since Brazil did against Italy in 1970. Les Bleus also scored four in the knockout stage against Argentina.

In the end, it was destiny for France and heartbreak for Croatia, who was playing in its first final. A wild World Cup concluded with a team everyone thought could win actually doing so, while Croatia’s miracle run falls painfully short. There could only be one winner, and a deserved France team managed to step up with its most convincing showing of the tournament when it mattered most. 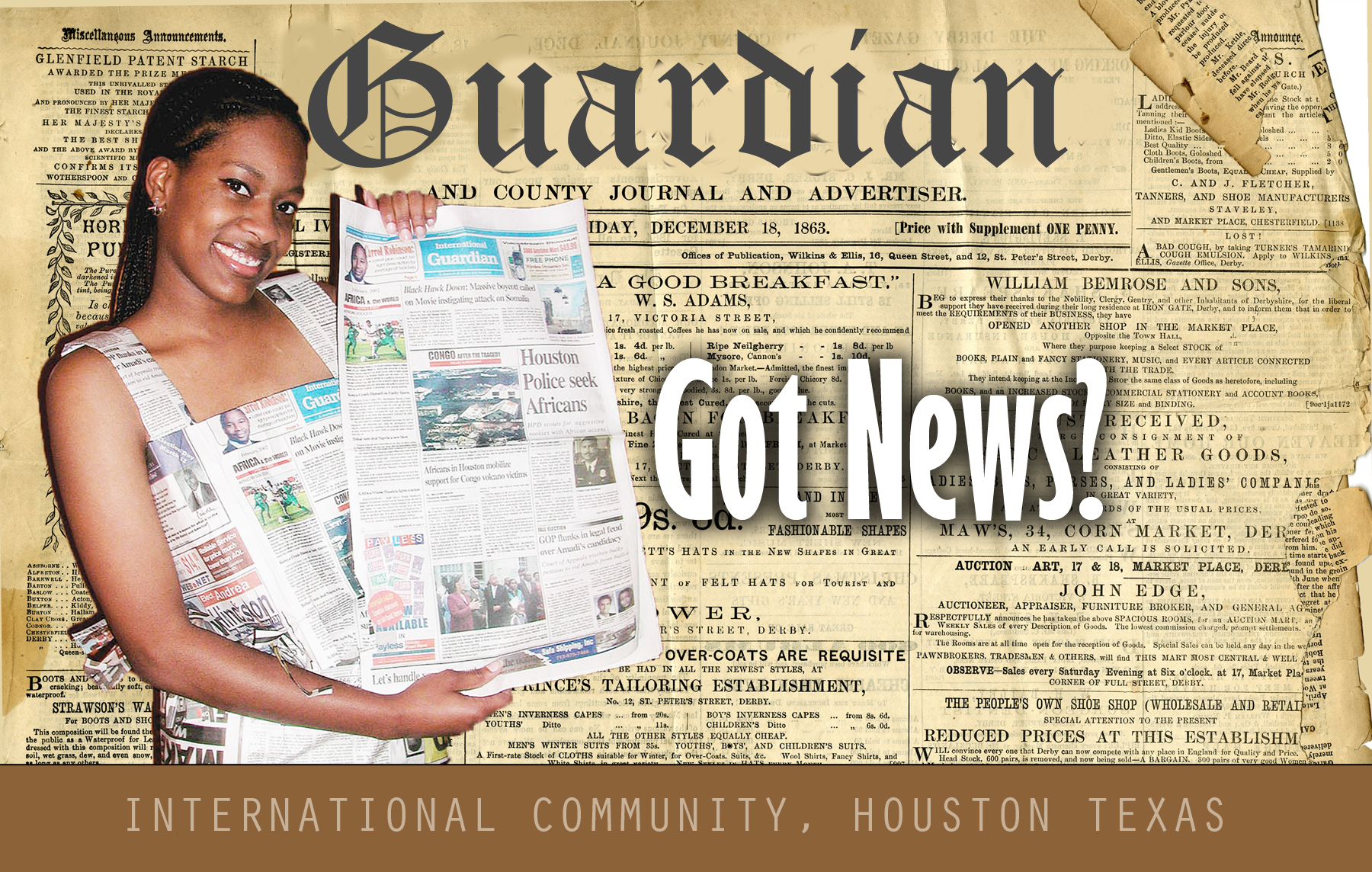