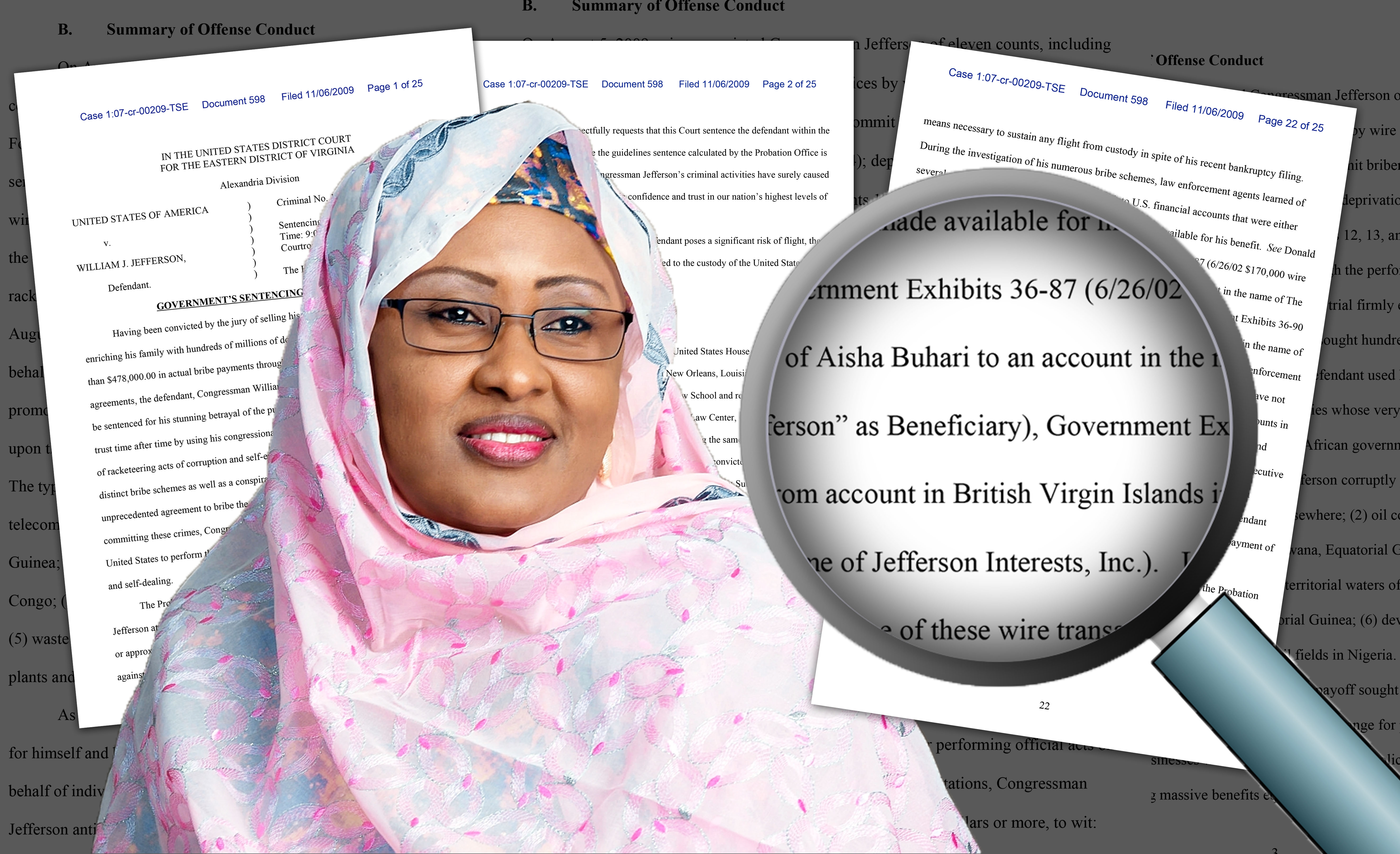 Embattled Nigeria’s First Lady, Aisha Buhari Abuja has cancelled her scheduled trip to the United States of America for the World First Ladies’ Conference in  Colorado for reasons related to her pending money-laundering case with the United States Justice Department, sources reveal. However, her media director, Zakari Nadabo, who announced the cancellation, did not give any reason for Aisha’s decision.

A source close to Buhari’s regime told International Guardian that  options of Aisha’s case are being explored diplomatically and must be resolved before she could visit the United States. The regime, it was gathered are looking at Aisha’s foreign immunity options under Foreign Sovereign Immunities Act (FSIA). FSIA –defines the jurisdiction of United States courts in suits against foreign states – where a foreign state generally is immune from the jurisdiction of the courts of another sovereign state.

While the Buhari’s regime has not officially addressed the matter, government sources reveal that a U.S. travel restriction of the First Lady has always been in place as a precautionary measure to avoid what might be embarrassing to both the regime and the country. For instance,  Mrs. Buhari had skipped similar U.S. invitations in the past without concrete reasons. In August 2015, Mrs. Buhari was scheduled to lead four other First Ladies; from Ghana, Mozambique, Gambia and Rwanda to Houston for a conference about African women in leadership positions but did not show up.

Deliberations and bilateral engagements about a possible Mrs. Buhari’s prosecution remain in rock-solid secrecy. United States it was gathered reopened investigations of her suspected money laundering with a former United States congressman, William J. Jefferson. Jefferson who was sentenced to 13 years in prison 2009 for accepting hundreds of thousands of dollars in bribes.

Documents from the United States Justice Department, it may be recalled,  revealed that Aisha Buhari was used as conduit and engaged in fraudulent wire transfers from her Nigerian account in favor of Congressman Jefferson via the ANJ Group LLC. (See complete Government’s Sentencing Memorandum).

■ On August 5, 2009, he was found guilty of eleven of the sixteen corruption counts. Jefferson was sentenced to thirteen years on November 13, 2009, the longest sentence yet handed down to a congressman for bribery or any other crime.

■ On March 26, 2012, the U.S. Court of Appeals for the Fourth Circuit affirmed Jefferson’s conviction and sentence on ten of the eleven counts on which he was convicted. The Court of Appeals vacated and remanded the conviction on one count of the indictment, involving alleged wire fraud, holding that venue on that count was improper in the federal court in Virginia.

■ On April 20, 2012, U.S. District Court judge T.S. Ellis revoked Jefferson’s bail and ordered that he report to prison to begin serving his thirteen-year sentence by May 4, 2012.

■ On May 4, 2012, Jefferson surrendered to the Bureau of Prisons facility in Beaumont, Texas to begin serving his 13-year sentence. He is scheduled for release on August 30, 2023.

Jefferson’s case was made famous by the $90,000 in what prosecutors said was ‘bribe money’ that the FBI found stuffed into his freezer, and a legal battle over the raid of his Washington office. He was convicted in August 2009 in U.S. District Court in Alexandria of 11 counts that included bribery, racketeering and money laundering. Jurors acquitted Jefferson of five counts.

Aisha’s U.S. trip cancellation has again generated another wave of controversy over scope of her involvement with the bribery scandal. “We had hoped Aisha Buhari would have capitalized on the opportunity to visit America, and put to rest the controversies surrounding her name in the matter” a source said.  An outspoken Governor of  Ekiti State,  Dr. Ayodele Fayose   had earlier accused  he First Lady of avoiding the United States to evade her involvement in the  scandal.